I was born in Battle Creek, Michigan, and as an upper elementary student, I began to ride the bus to church. When I was finally old enough to join the youth group, I was able to attend my first teen activity, “Harvest Fest.” It was while under that 3,000-seat tent that the Gospel was preached three different times, and I knew that if I were to die, I would go to Hell. I went forward and a gentleman opened his Bible, showed me how to be saved, and I accepted Jesus Christ as my personal Savior. I was later baptized at Prairie Baptist Church.

While I was at a winter camp retreat at Camp CoBeAc, God called me to preach. Later, as a student at Golden State Baptist College, I surrendered to serve as a missionary on the mission field. God used my roommate, Seth Lunday, who is now also a BIMI missionary, to share information with me about the ministry and the great need in Brazil. I took a survey trip to Brazil and God confirmed my burden to take the Gospel to the people of Brazil. God has given me a great love for the Brazilian people, and I am excited to follow the Lord’s leading to serve Him in the country of Brazil. 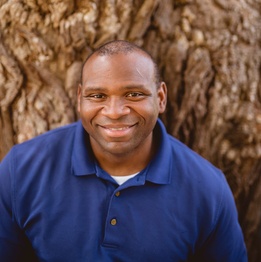 Book me at your church or come and see me if I'm in your neighborhood!